Keep up to date with the latest events.

Stories and information about our School. Click here to view the blog. 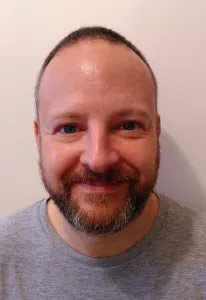 was elected as a Parent Governor for Hollinwood Academy in December 2015, the year the school opened. I was then appointed Chair in January of 2017 as the existing Chair became a Trustee of the New Bridge Multi Academy Trust.

I am the father of two sons, both with Autism. One attends a mainstream school and the other is at Hollinwood Academy, now in Year 9.

I am currently a Business Analyst in a finance company although I have had a varied career including Retail Management and Social Care. For seven years I was an elected Union Workplace Representative, something I gave up to focus on my new role as Parent Governor.

I wanted to be a Parent Governor as I am passionate about representing the views and needs of the students and their parents and being their voice on the board. As a Parent Governor, I have been keen to be an advocate for all students at Hollinwood Academy and to help monitor and support the school in meeting the individual needs of all.